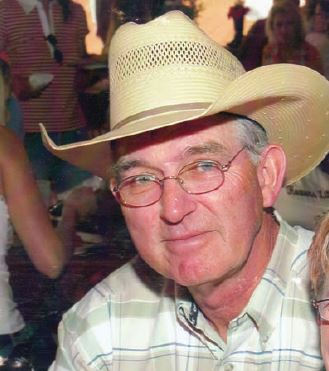 For cutting veteran Dave Batty, the sport has come a long way in the 50-plus years he has been riding to the herd. It’s no wonder that this Canadian cowboy has endured from his start as a young, working cowboy for the Douglas Lake Cattle Company all the way to his successful career in the cutting pen. His passion for the sport and the people in the business has not only kept him involved in shows, but also led him to become one of the most inf luential cutters in Canada. Batty was the first Canadian cutter to go to the U.S. and compete in the major events. It opened the way for other Canadians to do the same and have great success. Batty’s many significant contributions to the sport have landed him a spot in the NCHA Members Hall of Fame this year.

From his humble beginnings as a fresh 16-year-old cowboy, Batty worked for C.N. Woodward and with his first trainer, Jim McDonnell. He worked his way up and eventually rode with cutting icons Don Dodge, Shorty Freeman and Matlock Rose. He continued his career in both Canada and in the United States, and used his expertise to become a respected NCHA AAAA judge.  He has judged many major events, including the NCHA Futurity twice, the Augusta Futurity three times, the
PCCHA Futurity, Western National Finals at Ogden, Utah, the Denver National Stock Show, and the Quarterama. He’s been an NCHA Director for years, has served on the boards of the BCCHA, ACHA, and CCHA, and organized numerous Canadian aged events and weekend shows. Batty was the only Canadian AAAA NCHA judge until his retirement.

Batty has been fortunate to show many great horses throughout the years, including Holeys Daisy, Peppy San, Smart Little Pet and many more. His notable achievements include winning the Canadian Futurity multiple times, making the Top 10 at the NCHA Open Futurity with Holeys Daisy, Finalist NCHA Open Futurity with Sanctuary, and winning the Open at  Champion of Cow Palace with Holeys Daisy. He took 3rd place in the Super Stakes with Perry San and was a Finalist in the Super Stakes with Smart Little Pet. He was the Canadian Open Champion and in the Canadian Finals Rodeo Cutting multiple times. He was the Open champion at the Royal Winter Fair on Peppy San.

Batty is quite motivated for continuing on his career path. “Cutting is my life! It is all I do. I live and breathe horses and cutting,” he says. “And now I’m taking up team roping,” he adds. Through the years, Batty doesn’t feel he met with many true obstacles. He just worked through what he had to. “I was always one of the first in the cutting pen, and the last to leave,” he explains. “I was at competitions helping non-pros, amateurs and fellow trainers.

“In the early years as a trainer, I left home and my family in the winter to spend time sharpening my skills with some of the best in the U.S,” he adds. But the work sure paid off, allowing Batty to become arguably one of the most influential Canadian cutters in the industry. His reach extends far beyond British Columbia, too. His attention to people is well-known and has led Batty to help many non-pros get their start in cutting.  He is always there to encourage members and has become legendary in the industry, especially in British Columbia. Many of those riders have praise for Batty’s help.

“He dedicated a lot of time, and still does, passing his skills and knowledge to people who want to learn all about the wonderful sport of cutting,” say fellow cutters Franky and Vanessa Arnou of Belgium. “He will always be a milestone in the world of cutting.”

Laurie and Brian Postill of Coldstream, BC, have nothing but praise for Batty. “Dave has had a passion for cutting, and has made many significant contributions over the years as a competitor, a judge, a trainer and by being involved in organizations that support the development of the sport of cutting,” says Laurie.  “Dave’s energy, knowledge and vision have helped tremendously to advance the sport of cutting in Canada.”

And perhaps Roy Passmore says it best about Batty. “I think he has been a great Ambassador for cutting in Canada and the U.S.”

Batty has spent his life and career pursuing the best for cutters on both sides of the border. He lives by the cowboy code.